Just a small update. Did the Giant Flying Squirrel and Comet Moth illustration for Night Safari.

Messenger Pigeon or homing pigeon is a variety of domestic pigeon derived from the Rock Pigeon. Selectively bred to find its way home over extremely long distances.  The wild rock pigeon has an innate homing ability, meaning that it will generally return to its own nest and its own mate. This made it relatively easy to breed from the birds that repeatedly found their way home over long distances. The earliest large scale communication network using pigeons as messengers was established in Syria and Persia about 5th Century BC and In modern times the feral pigeon has been used to great effect during wartime. Some amazing facts about pigeons can be found here.

Passenger Pigeon or Wild Pigeon was a bird that existed in North America, probably once the most numerous bird on earth, until the early 20th century when it went extinct due to hunting and habitat destruction. The last known Passenger Pigeon, Martha, died at the Cincinnati Zoo in September 1914 .

Below are the 2 illustrations I did for the Messenger and Passenger Pigeon. 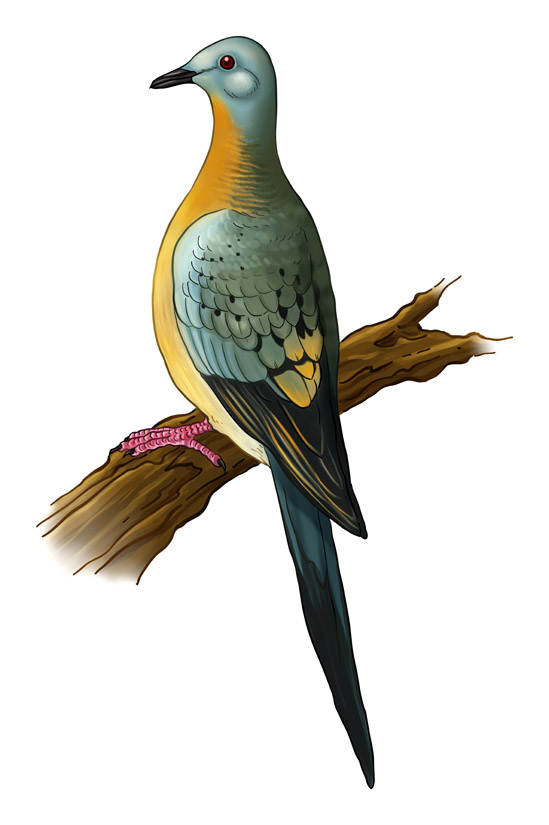